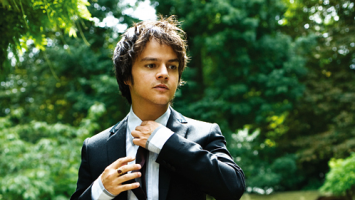 I'm proud of me and my family's #refugenes. To see loads of other refugenes stories from people like Bella Freud, Rita Ora and Neil Gaiman, and to find out how you can help millions of refugees still in need today go to www.helprefugees.org.uk/refugenes

The singer talks about his bond with his brother and how he's recreating his stable family upbringing with his wife, Sophie Dahl. 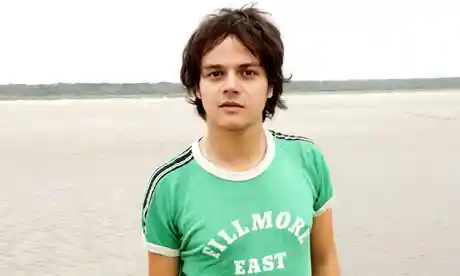 Jamie Cullum: 'As I grow older and meet more and more people, I realise how lucky I am to have had a stable family environment.'

My grandmother, Irma, escaped Nazi Germany. She was studying in Prussia and working towards becoming a doctor, but that was cut short when she had to leave. She lost all her family in the Holocaust and ended up in Jerusalem where she met my grandfather, Harry. They had my auntie and my dad and then came over to the UK and started their family life.

My grandfather, Harry, died when my dad was in his early 20s, so I never met him. Amazingly, he was 6ft tall. That gene definitely never filtered down to me! Irma was this incredible, sparky lady. She was always interestingly dressed, with immaculate hair and nails and gold shoes. And she was an utterly voracious reader.

Mum came over from Burma, aged four, when Japan invaded. There were four of them, my grandmother Hazel, grandfather Leonard, my mum and my uncle. They left everything behind and had one trunk of possessions. Because my grandfather had worked with the British army as an engineer in Burma, he had the option of coming to the UK. It was very alien for them; they were a dark-skinned family dumped in a very white village in Wales. I've got an amazing photograph of them a few days off the boat, immaculately dressed, standing in Trafalgar Square looking a bit confused.

My maternal grandad, Leonard, was full of amazing stories. He was an orphan, with 11 or 12 brothers and sisters, and he used to tell us about growing up near the Irrawaddy river and how one brother was eaten by a crocodile.

As I grow older and meet more and more people, I realise how lucky I am to have had a stable family environment. Both my parents had loving families but unstable upbringings, so they wanted us to have a more stable situation. My happiest memories are simple ones – on the beach at Cornwall where we went on holiday for my entire life. We weren't mega-wealthy but we never wanted for anything; we weren't surrounded by expensive toys but we had what we needed emotionally.

My dad worked in finance and my mum was a secretary. My dad is creative – he is a great painter and a maker of things. I think in some ways he deserved to live a creative life and I admire the fact that he was committed enough to do a job that wasn't necessarily true to his character.

Sophie [Dahl] and I are having an amazing time with our daughters, Lyra and Margot. Margot is two months old, and Lyra is two. Obviously, I think stability is important and being surrounded by love, good examples and good work ethics. You realise as you get older that the things that make life worth living are your relationships and the work that you do.