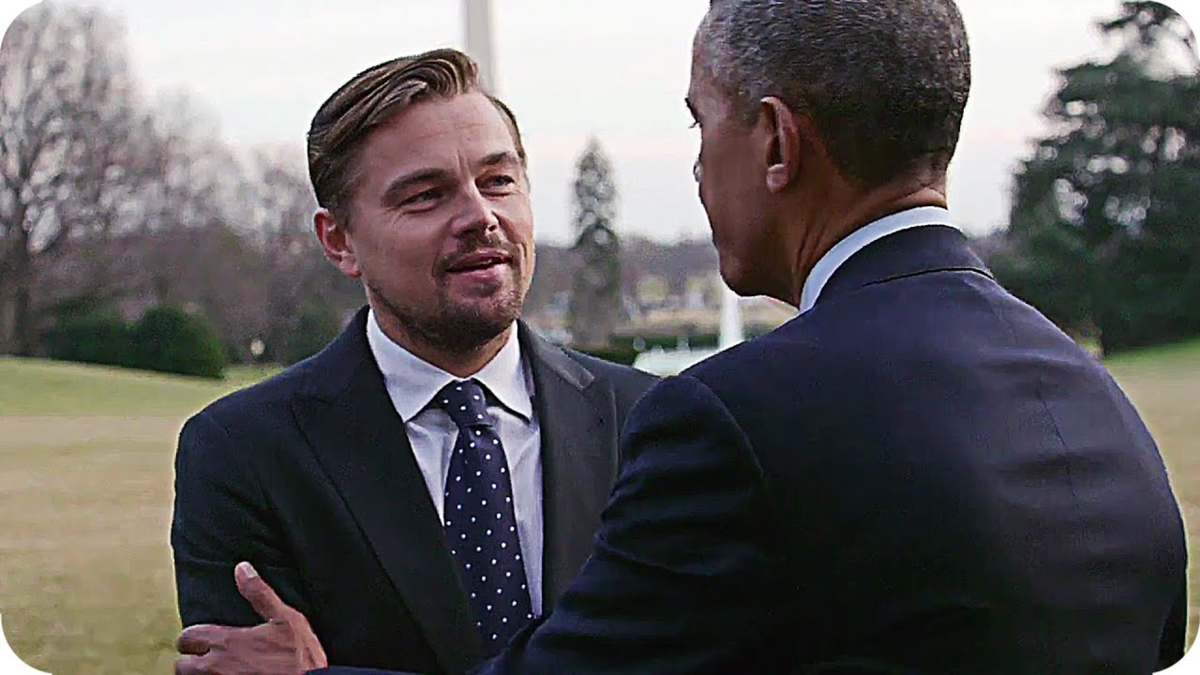 An impassioned speech by Leonardo DiCaprio about climate change at the United Nations ► Transcript: "President Abraham Lincoln was also thinking of bold action 150 years ago when he said:"The dogmas of the quiet past are inadequate to the stormy present. As our case is new so we must think anew and act anew. We must disenthrall ourselves and then we shall save our country.” He was speaking before the US Congress to confront the defining issue of his time – slavery. Everyone knew it had to end but no one had the political will to stop it. Remarkably, his words ring as true today when applied to the defining crisis of our time – Climate Change. As a UN Messenger of Peace, I have traveled all over the world for the last two years documenting how this crisis is changing the natural balance of our planet. I have seen cities like Beijing choked by industrial pollution. Ancient Boreal forests in Canada that have been clear cut and rainforests in Indonesia that have been incinerated. In India, I met farmers whose crops have literally been washed away by historic flooding. In America, I have witnessed unprecedented droughts in California and sea level rise flooding the streets of Miami. In Greenland and in the Arctic I was astonished to see that ancient glaciers are rapidly disappearing well ahead of scientific predictions. All that I have seen and learned on this journey has absolutely terrified me. There is no doubt in the world’s scientific community that this a direct result of human activity and that the effects of climate change will become astronomically worse in the future. You know that climate change is happening faster than even the most pessimistic of scientists warned us decades ago. It has become a runaway freight train bringing with it an impending disaster for all living things. Now think about the shame that each of us will carry when our children and grandchildren look back and realize that we had the means of stopping this devastation, but simply lacked the political will to do so. Our planet cannot be saved unless we leave fossil fuels in the ground where they belong. Massive change is required, now. One that leads to a new collective consciousness. A new collective evolution of the human race, inspired and enabled by a sense of urgency from all of you. We all know that reversing the course of climate change will not be easy, but the tools are in our hands – if we apply them before it is too late. Now is the time for bold unprecedented action. It is time to ask each other – which side of history will you be on? As a citizen of our planet, it is time to declare no more talk. No more excuses. No more ten-year studies. No more allowing the fossil fuel companies to manipulate and dictate the science and policies that affect our future. Lincoln’s words still resonate to all of us here today:“We will be remembered in spite of ourselves. The fiery trial through which we pass will light us down, in honor or dishonor, to the last generation… We shall nobly save, or meanly lose, the last best hope of earth.” That is our charge now – you are the last best hope of Earth. We ask you to protect it. Or we – and all living things we cherish – are history." - Leonardo DiCaprio

映画 Before the Flood のトレイラー