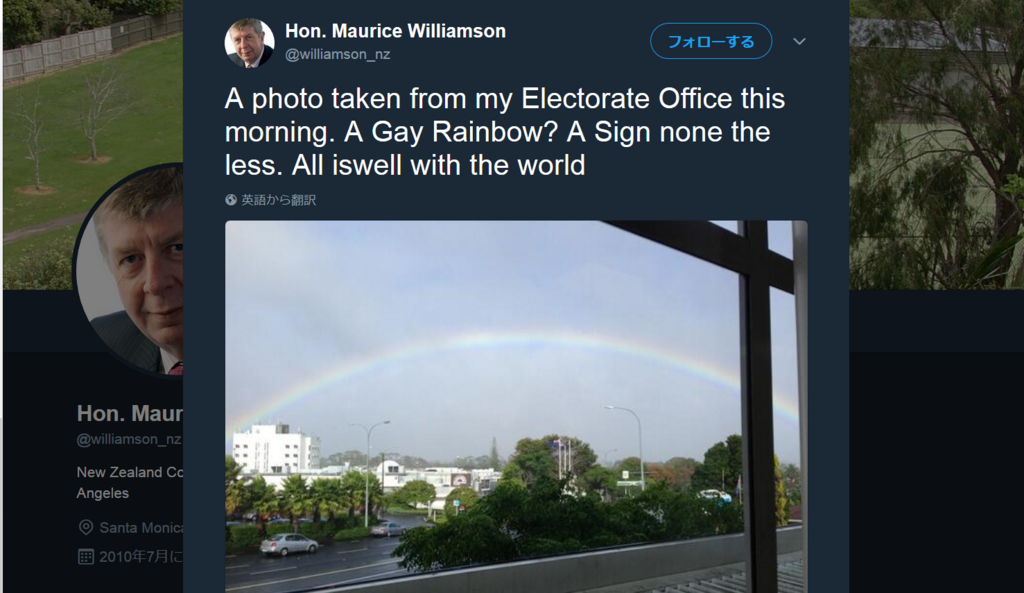 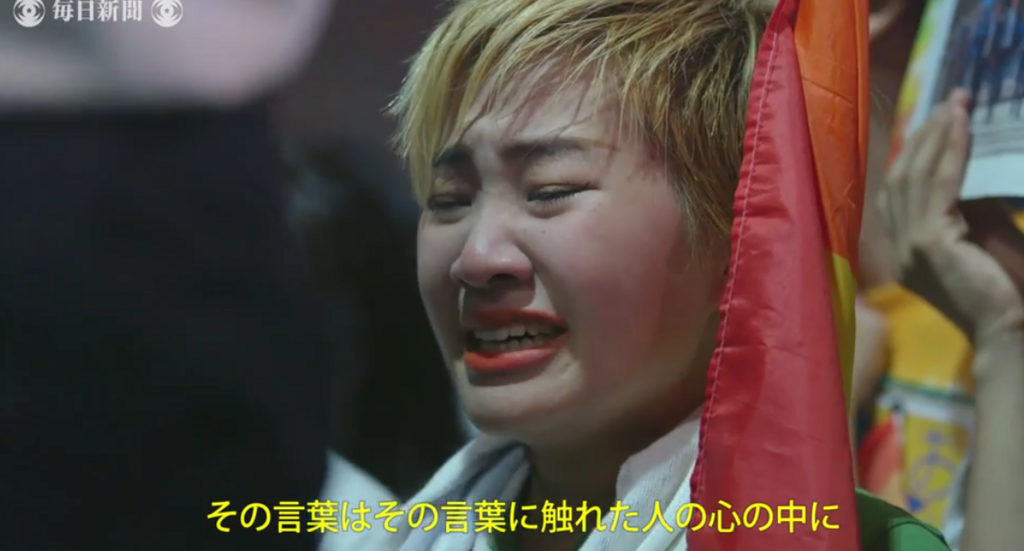 A photo taken from my Electorate Office this morning. A Gay Rainbow? A Sign none the less. All iswell with the world pic.twitter.com/X5a4YUbGbj

I've had a reverend in my local electorate say that the 'gay onslaught will start the day this bill is passed.' So we are struggling to know what the gay onslaught will look like. We don't know if it will come down the Pakaranga highway as a series of troops or whether it will be a gas that flows the electorate and blocks us all in.

I also had a Catholic priest tell me that I was supporting an unnatural act. I found that interesting coming from someone who has taken an oath of celibacy for his whole life. Celibacy... I haven't done it so I don't know what it's about.

I also had a leader tell me I would burn in the fires of hell for eternity and that was a bad mistake because I've got a degree in physics. I used the thermodynamic laws of physics. I put in my body weight and my humidity and so on. I assumed the furnace to be at 5000 degrees and I will last for just on 2.1 seconds. It's hardly eternity. What do you think?

I also head some more disgusting claims about adoption. Well, I have got three fantastic adopted kids. I know how good adoption is, and I have found some of the claims just disgraceful. I found some of the bullying tactics really evil. I gave up being scared of bullies when I was at primary school.

Let me repeat to them now that all we are doing with this bill is allowing two people who love each other to have that love recognised by way of marriage. That is all we are doing. We are not declaring nuclear war on a foreign State. We are not bringing a virus in that could wipe out our agricultural sector forever.

We are allowing two people who love each other to have that recognised, and I cannot see what is wrong with that for neither love nor money. I just cannot. I cannot understand why someone would be opposed. I understand why people do not like what it is that others do. That is fine. We are all in that category.

But I give a promise to those people who are opposed to this bill right now. I give you a watertight guaranteed promise.

The sun will still rise tomorrow. Your teenage daughter will still argue back to you as if she knows everything. Your mortgage will not grow. You will not have skin diseases or rashes or toads in your bed. The world will just carry on.

So do not make this into a big deal.

This bill is fantastic for the people it affects, but for the rest of us, life will go on.

Finally, can I say that one of the messages I had was this bill was the cause of our drought. Well, if any one you follow my Twitter account, you will see that in the Pakuranga electorate this morning, it was pouring with rain. We had the most enormous big gay rainbow across my electorate. It has to be a sign. If you are a believer, it is certainly a sign.

Can I finish, for all those who are concerned about this, with a quote from the bible. It is Deuteronomy. I thought Deuteronomy was a cat out of the musical 'Cats,' but never mind. The quote is Deuteronomy 1:29. 'Be ye not afraid.'"